The Plaintext Players were an online performance (or "cyberpformance") group specializing in directed textual improvisations. Along with a few other groups, they jumped in early with the idea that writing could be a fascinating form of performance, and that writers need not be restricted always to the fixed, edited final text as a mode of production.

The Players have been creating live online and mixed-reality performances since 1994, working with a core group of members and a rotating roster of guest artists. 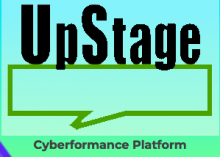