Spook... is a distributed web based artwork which explores issues of surveillance, tracking and covert activity on the web in an interactive website based on the conventions of computer games.

On June 1st 1999 an unusual pattern of hits was noticed on the Stunned ArtZine server. Stunned ArtZine a contemporary visual art site does not normally receive a large number of hits from military sites yet unusual activity from a military server known by the identifier "gate1.mcbbutler.usmc.mil" was logged.

In response to this activity a server trace was initiated using the Stunned Spook-Bot™. Spook-Bot™ over time tracked this military server's path through the net, mapping and logging it's activities. Spook-Bot's continuing activities are an important ongoing part of this project.

This project seeks to analysis this raw data and establish a purpose for this activity. As part of this we invite visitors to submit their theories on the purpose of this server activity in the feedback section.

A version 4 browser is required. There is some Flash and some Real Audio and video, these are not essential but they add to the experience. To get the free plugins follow the links to the left of the page

IMPORTANT - don't kill the pop-up window it's your navigation not an ad!

The landscape artist Richard Long made a series of works in which he walked through landscape making small changes and recording his traces in the landscape by means of photographs which were presented with maps with his path marked out. His works explored the inter-relationship of people with the landscape they inhabited, reflecting on the changes in that relationship.

This is an apt metaphor which may be appropriated to explore interaction and impact on that newest of human made "landscapes", webscape. In this project rather then look at the macro scale I focus in on the micro. Often the true identity may be found in the details, as many sub atomic particles can only be observed by the track they leave the movement of others in the web space can be detected by the traces left behind.

This project goes behind or underneath the web to use as it's raw material the traces of movement through the web. It discovers paths and tracks left behind, tracks and traces which reveal patterns of purpose. As we move through the web we are creating a alternative web of links and connections, an underground web which, unknown to many, creates personalised histories which can not be erased or cleared and which are available to those who have purpose to find them. It seems that the significant maps and mapmaking activities on the web are personal maps, maps which have a defined purpose, entertainment, espionage, information-gathering etc.

At a time when the US military were found to have monitoring most communications in Europe with "Echelon" it seemed appropriate that this project would "watch the watchers". The mechanism was to record military hits on my site, Stunned ArtZine, to track one and use it's traces to build a map of it's path and from this to deduce it's purpose.

The results are a true picture of a military server moving through the web, represented and interpreted graphically, through animation and by raw data. We discover the identity of this server, their geographical location, what sites they hit, at what time and how often. The results are a fascinating insight into the structure of the net and the online activities of this particular section of the military industrial complex, an insight which tells us something about the nature of the net itself. 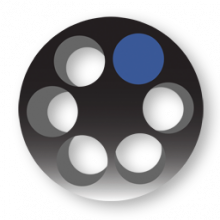