In her project 'No Men's Land' cym tries to capture something of the rapid changes that are happening to the borders in Central Europe. Since 1995 cym is traveling regularly between the former West- and East-European countries and she has followed the so-called 'opening of the borders' very closely. In her project 'No Men's Land' she is following the main border that used to divide Europe in East and West. 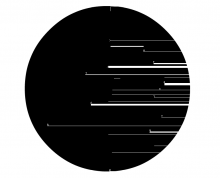