Gridcosm is a collaborative art project in which artists from around the world contribute images to a compounding series of graphical squares. Each level of Gridcosm is made up of nine square images arranged into a 3x3 grid. The middle image is a one-third size version of the previous level. Artists add images around that center image until a new 3x3 grid is completed, then that level itself shrinks and becomes the "seed" for the next level. This process creates an ever expanding tunnel of images, the newest level a direct result of the previous level which is a result of the previous level... and so on.

This project was created in 1997 by Ed Stastny and has subsequently been under more-or-less constant refinement by Ed and Jon Van Oast. Gridcosm is microblogging. 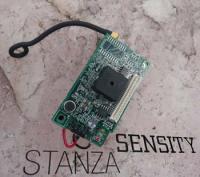