The Big Plot is a romantic spy-story played into infosphere. It looks at the role of espionage in intrusions into people's internet lives, the dysfunctional sociality that is being created by media communications and the political exploitation of social networks.

Four characters tell a story using dialogues shown on YouTube videos, blog posts, and via entries on their Facebook profiles. The cloned identity of a real spy is used as a plot device for telling a story about the political and sentimental weakness of our era, which are accelerated by the compulsory use of personal media and social networking platforms. The compromised privacy on this kind of media and the political control over the Internet are some of the most important issues of the story.

Audiences have an active role in the story as well they are able to interact with the characters. Performances in public environments complete the set of stages where the story is acted. 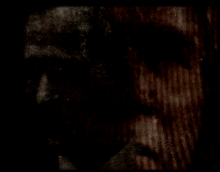